When I was a student at Yale Divinity School, I was part of group that tended to eat our lunch at a table in the refectory that was under the portrait of Jonathan Edwards, a former faculty member who later departed to be the President of Princeton. We knew him as a man of heroic faith, who had died as result of offering himself to be a test subject for a smallpox vaccine. And we talked in hushed tones about his famous sermon “Sinners in the hands of an Angry God”. But sadly we never discussed the details of his thought or of his philosophical inquiries. 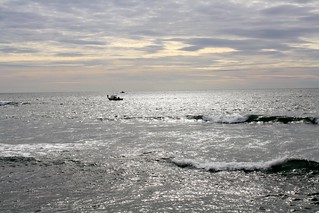 Which turns out to be a real shame because Edwards much like Bishop Barclay, a contemporary, were both significant philsophers whose work has been neglected as western thought has made the shift from modernity to post-modernity. And that’s surprising because both Edwards and Barclay have much to say about a reality in which absolutes exist but are likely unknowable in any complete sort of way.

This afternoon I stumbled across an essay written by Marilynne Robinson and posted on the National Endowment for the Humanities website which looks more closely at Edward’s work, particularly focusing on his writings as “new light Calvinist” (a group that held that ongoing revival was an important part of Christian Life).

I was particularly struck by this quote that details the ways in which Edwards used natural theological revelation as a source for his understanding of God and God’s nature:

“Never departing from strict reason, Edwards sanctified the unknowable. I experienced a quiet, cerebral awakening of my own, as much secular as religious, as much scientific as theological, though these categories are not so clear-cut as they are often made to seem. Edwards intended from his earliest work to create an all-unifying metaphysics and, though he did not achieve this, his thought feels shaped by the intention to keep the possibility implicit. It accommodates Locke and Newton, the best philosophy and science of his period. His thought asserted a great influence on the intellectual/activist movement that arose out of the Second Great Awakening that created many educational institutions across the country, among them Grinnell and Oberlin, and that pressed for the containment and abolition of slavery. Lyman Beecher, his sons Edward and Henry Ward Beecher, his daughter Harriet Beecher Stowe and the large circle associated with them accepted the need for the kind of conversion experience Edwards famously described, and adhered as well to the model of intellectual rigor he presented.

Edwards’s metaphysics is first of all an esthetics. His statements about fundamental reality are based on the nature of light, not as metaphor but as model for all aspects of being, from time to consciousness and selfhood, to love, to the experience of the sacred, to ontology, to God Himself. In Edwards’s understanding, these things participate in one another so deeply that their radical likeness is a kind of identity. Light for him is a virtual synonym for beauty, and the given world is saturated with it. Natural light is an analog or a metaphor for ‘supernatural light,’ an important phrase that makes an important distinction, though his exploitation of the character of ordinary light is essential to his argument.”

I’m particularly taken with the last thought in the essay:

“Edwards as a Christian theologian begins with belief in a creator, whose role in existence and experience no doubt elaborated itself in his understanding as he pondered the imponderable problem he had posed to himself. The intuition is sound in any case. It places humankind in any moment on the farthest edge of existence, where the utter mystery of emergent being makes a mystery of every present moment even as it slides into the mysterious past. This by itself elevates experience above the plodding positivisms that lock us in chains of causality, conceptions of reality that are at best far too simple to begin to describe a human place in the universe. Edwards’s metaphysics does not give us a spatial locus, as the old cosmology is said to have done, but instead proposes an ontology that answers to consciousness and perception and feels akin to thought. I have heard it said a thousand times that people seek out religion in order to escape complexity and uncertainty. I was moved and instructed precisely by the vast theater Edwards’s vision proposes for complexity and uncertainty, for a universe that is orderly without being mechanical, that is open to and participates in possibility, indeterminacy, and even providence. It taught me to think in terms that finally did some justice to the complexity of things.” 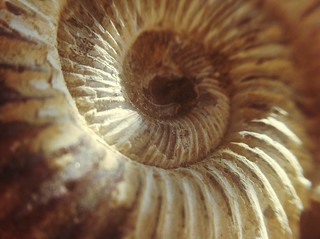 It’s a view of the Universe that seems much more in tune with the sort of writings you come across in modern theology than one would otherwise expect. As a follower of Popper’s post-positivism myself, I rather taken by what happens in Edward’s schema as he takes the experience of reality as seriously as I think Barth does in his writing. It gives you room for the mystery of the divine in a way that non-experiential thought doesn’t seem to do.