Today, my first full day in Taiwan as part of the House of Bishop’s meeting, was spent taking a tour of St. John’s University. The university was originally planted in Shanghai by the then bishop of Shanghai – The Rt. Rev. Samuel Isaac Joseph Schereschewsky, one of my favorite heroes on our Episcopal Church’s calendar of saints.

I found this plaque in English describing the work of Bishop Schereschewsky and his role in founding the University. We learned while we were there that the alumni have been quite famous over the years, presidents of Taiwan, representatives to the United Nations and even the famous architect IM Pei. 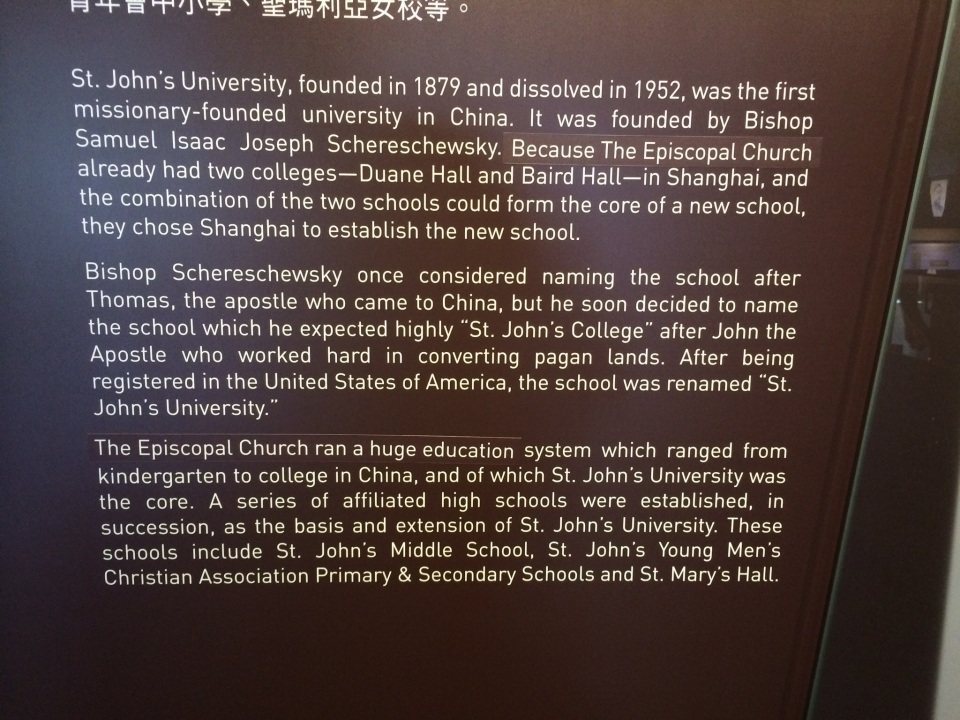 We began with a presentation by the chaplain to the University, a former Math Professor who is also an Episcopal priest. He introduced the student faith community leaders (all Episcopalians) and they described their evangelism efforts and how they try to share the gospel on campus. It was moving and exciting to see how committed they were to telling the Good News in a place where Christianity is a small minority religion.

The rest of the visit involved meeting the University President – one of the few woman presidents in Asia, who is a Electrical Engineer who did her graduate training at Cornell. She talked about the history of the University and expressed her gratitude for the ongoing financial support of the Episcopal Church to its programs and continued growth. We asked about the possibility of forming a theological college to train clergy at the University and what might be needed for that to happen. (It’s needed she tells us.)

But I was most taken by the story of the university’s founding by one of our Episcopal Church’s missionary bishops. Schereschewsky, who also translated the Bible in Cantonese to aid evangelism efforts, founded the school as part of his work to create a new understanding of the role of learning in society, and a dream of having the Christian community in China take a major role in shaping the modernization process that was then underway. The university motto is “Light and Truth” – you would probably recognize it latin; Lux et Veritas. But I was taken too by the school slogan –

A more Anglican understanding of the work of education would be hard to find.

The president of the University shared her need of Anglican and Episcopal teachers to come to live at St. John’s for a year or two. They would have the opportunity to learn Mandarin by immersion, and they would be incredibly helpful in the work of the Applied English department in training students to achieve functional 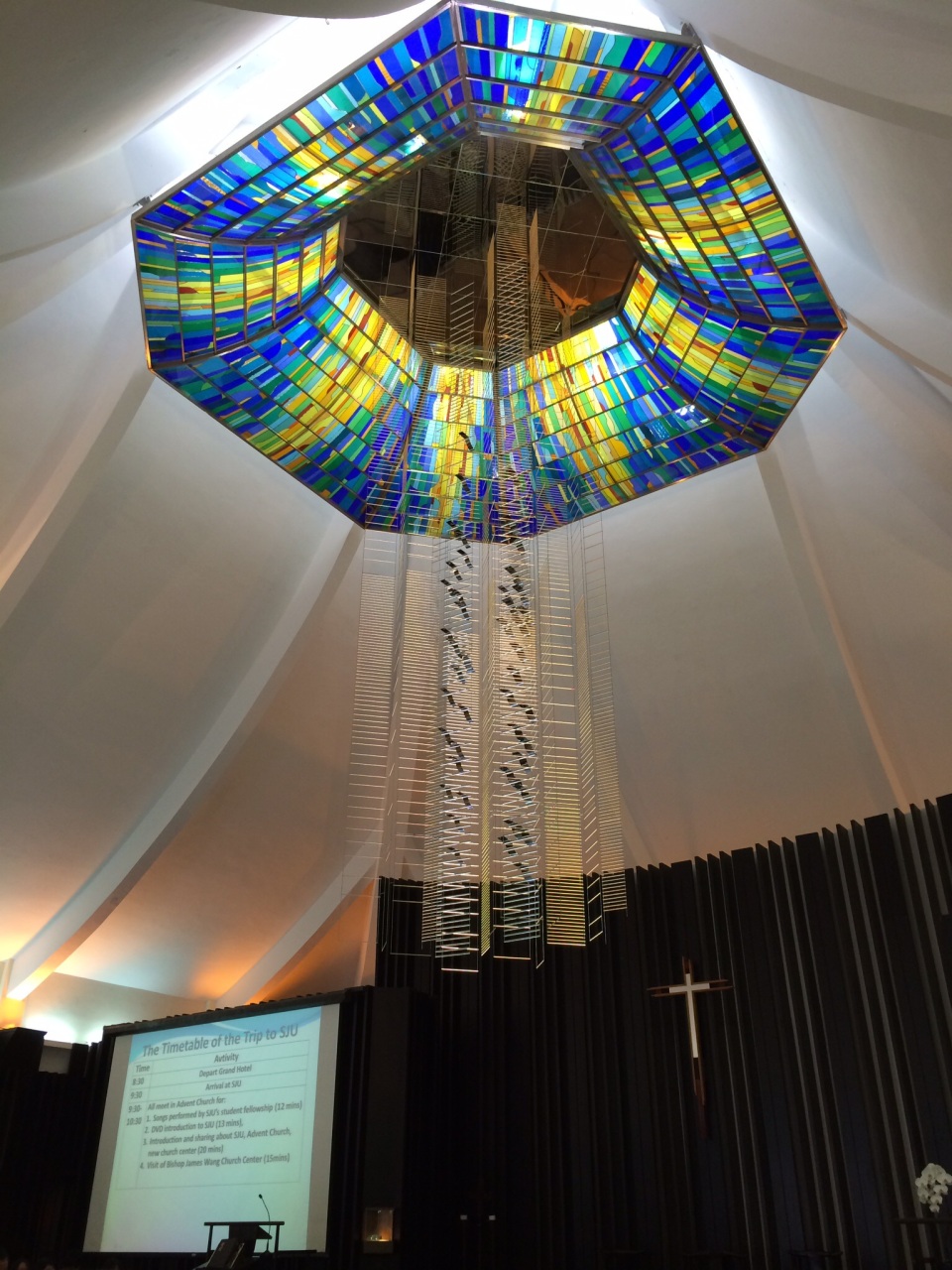 (image of the altar of the Church of the Advent – the parish church on campus that also serves as the college chapel.)